Wales & West Utilities drives the future of hydrogen in Wales 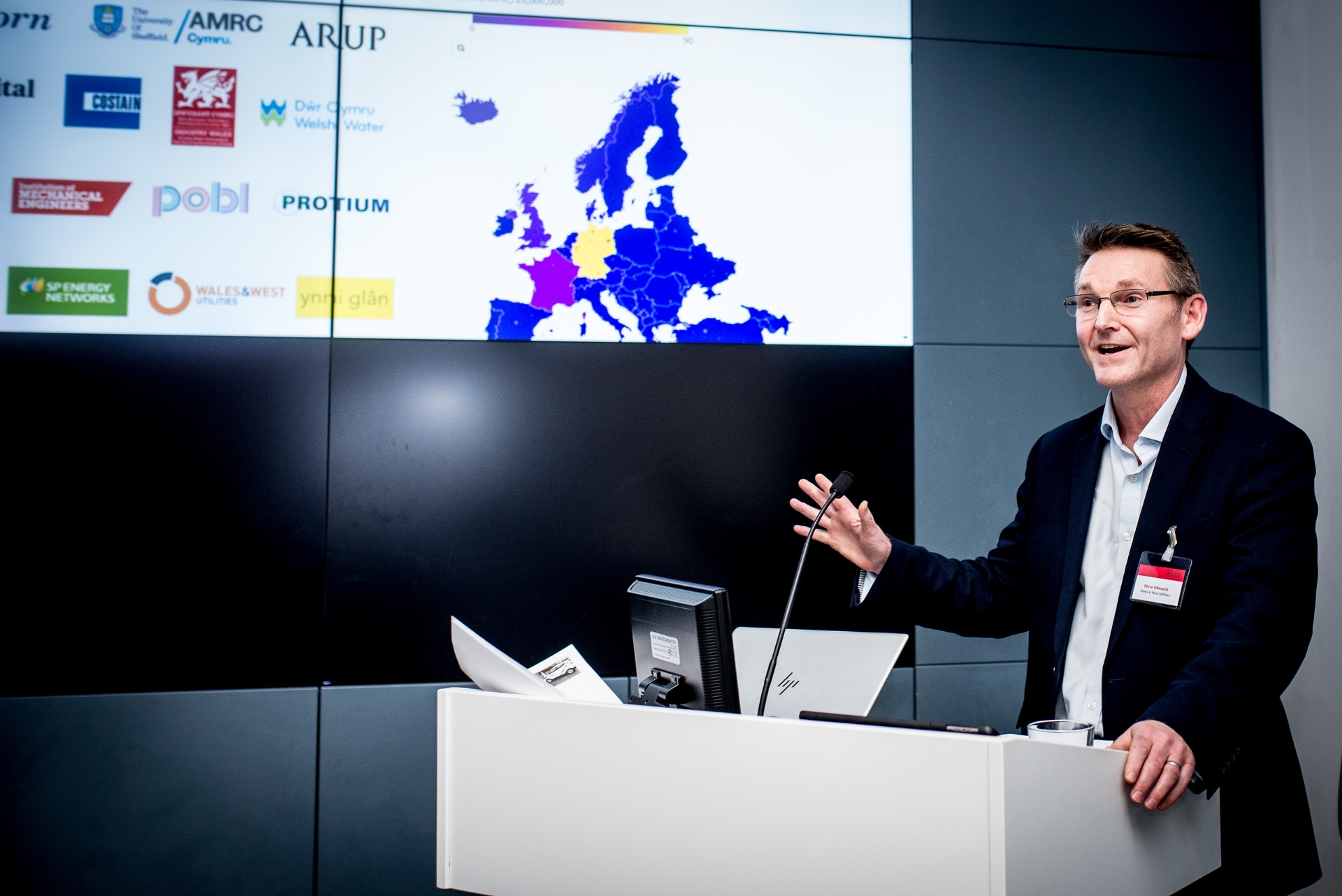 Wales & West Utilities has been announced as one of the core supporting organisations of the newly-launched Wales Hydrogen Trade Association.

The gas emergency and pipeline service played a leading role at the Association’s launch in Cardiff Bay, alongside other organisations, which are jointly looking to advance the hydrogen economy in Wales.

The Wales Hydrogen Trade Association has launched at a time of surging global interest in hydrogen to help combat climate change and to decarbonise society and the economy. As a zero-emission fuel, hydrogen is widely recognised as a key tool in decarbonising heat, power and transport, as well as improving air quality.

The launch introduced the association’s wide-ranging, core supporting organisations. The Trade Association provided information demonstrating how hydrogen can complement other zero emission technologies and be rapidly scaled-up through the 2020s. It coincided with a hydrogen decarbonisation debate which was held during the Plenary meeting of the National Assembly at the Senedd.

We are committed to making sure energy in the future is affordable and people can heat and power their homes in a sustainable way. Making the most of our reliable gas grid will help us decarbonise while avoiding the need for costly and disruptive work to in people’s homes and communities.

In Wales and south west England we’re planning on delivering a Net Zero ready gas network by 2035. That means it will be ready for green gases, like biomethane and hydrogen.

We are proud to be one of the core supporting organisations of the Wales Hydrogen Trade Association as we work towards decarbonising the gas network.

Wales has a strong resource, infrastructure, industrial and research base which can provide a platform for accelerating significant hydrogen projects through the 2020s and beyond. The Wales Hydrogen Trade Association can support such ambitions as a multi-sector, representative network and in support of emerging government and business focus in the area. We will also promote public interest in hydrogen through an active work programme.

Hydrogen can support the Welsh Government’s Net-Zero ambitions and, in particular, in the difficult-to-treat sectors of heat, transport and industry; for the benefit of homes, businesses and communities.

Wales & West Utilities, which runs the gas networks across Wales and the south west of England, is committed to decarbonising the gas grid to help meet the UK and Welsh Government’s respective Net Zero targets and is taking significant actions in doing so.