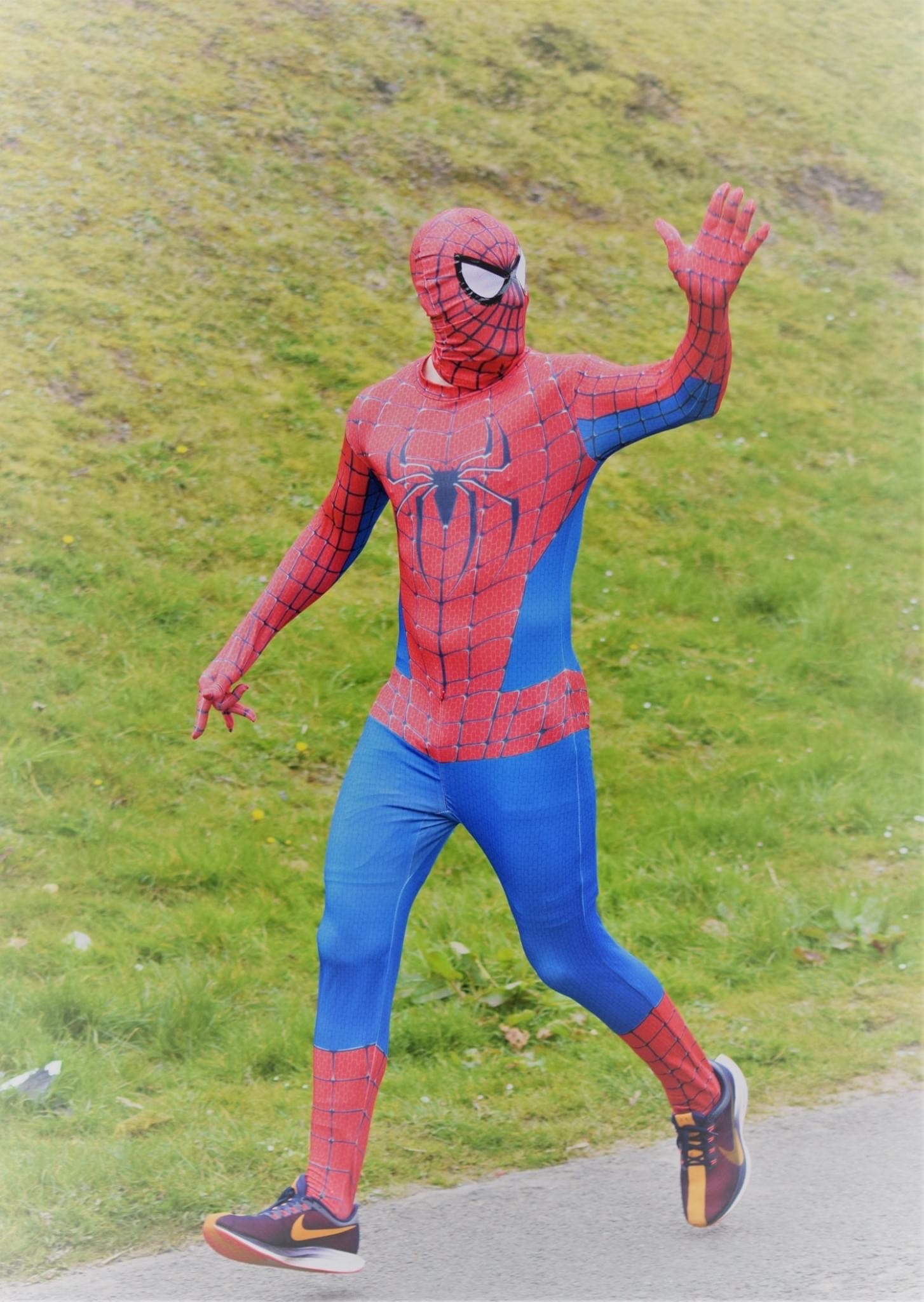 A fundraising page set up by local Garw Valley man, Ricky Chambers, has reached over £3,700 in donations with money winging its way to the Princess of Wales Hospital in Bridgend.

Ricky, who works for gas emergency and pipeline service Wales & West Utilities, set up the page after seeing local man Richard Durston donning a Spiderman outfit and going through the streets of Blaengarw in a bid to bring joy to local kids.

Seeing the reaction from his nephew, Ricky initially wanted to raise money to buy other outfits and a new pair of trainers for Richard.

Ricky set up a gofundme page in a bid to raise an initial £200 to buy an outfit and trainers, stipulating that additional money would go to the local hospital. Since then the money has grown significantly, with the entire valley getting on board raising money.

Members of Ricky’s family work on the frontline in the NHS and he wanted the additional money to go and support the efforts locally. He added:

My nephew loves superheroes and when he saw Spiderman he was gobsmacked! Seeing the joy Richard is bringing during this time to local children is just fantastic – he is posing for pictures and parents are saying how he makes their children’s day!

The community effort has blown me away – people have come up with additional ideas to help raise vital funds. We’ve had people doing quizzes, dressed up in Hawaiian outfits, others having socially distanced garden drinks and the money now stands at over £3,700.

I had spoken to a nurse who told me how patients in the intensive care unit at the Princess of Wales didn’t have access to technology to speak to their families. So we decided to donate most of this money to purchase items such as iPad’s so that people can hopefully see and hear voices of their loved ones. We are also donating smaller amounts to support other charitable efforts of local people.

I am thrilled that between us, we’ve been able to raise such a significant amount of money in a short period of time. It shows how big local people’s hearts are and I hope this money helps make a difference to patients and their loved ones during this time.

During the Covid19 pandemic, Wales & West Utilities is focused on keeping the energy flowing to homes, businesses and essential services across Wales and south west England.

Ricky and the people in the Garw Valley should feel extremely proud of themselves – we certainly are.

As a company, we are urging people, who have received a letter from the NHS advising them to take additional measures to 'shield' themselves from Covid19, to consider joining the Priority Service Register (PSR).

By joining it allows us, and other energy and utility companies, to look after people who need extra support. Joining is simple and free and more information can be found at wwutilities.co.uk/priority.

We’d also like to remind people that if they do smell gas, to call 0800 111 999 as normal. You’ll be asked a few additional questions, including if you have symptoms of Covid19. We’ll still come and help you, but our teams will take some additional precautions to keep everyone safe.