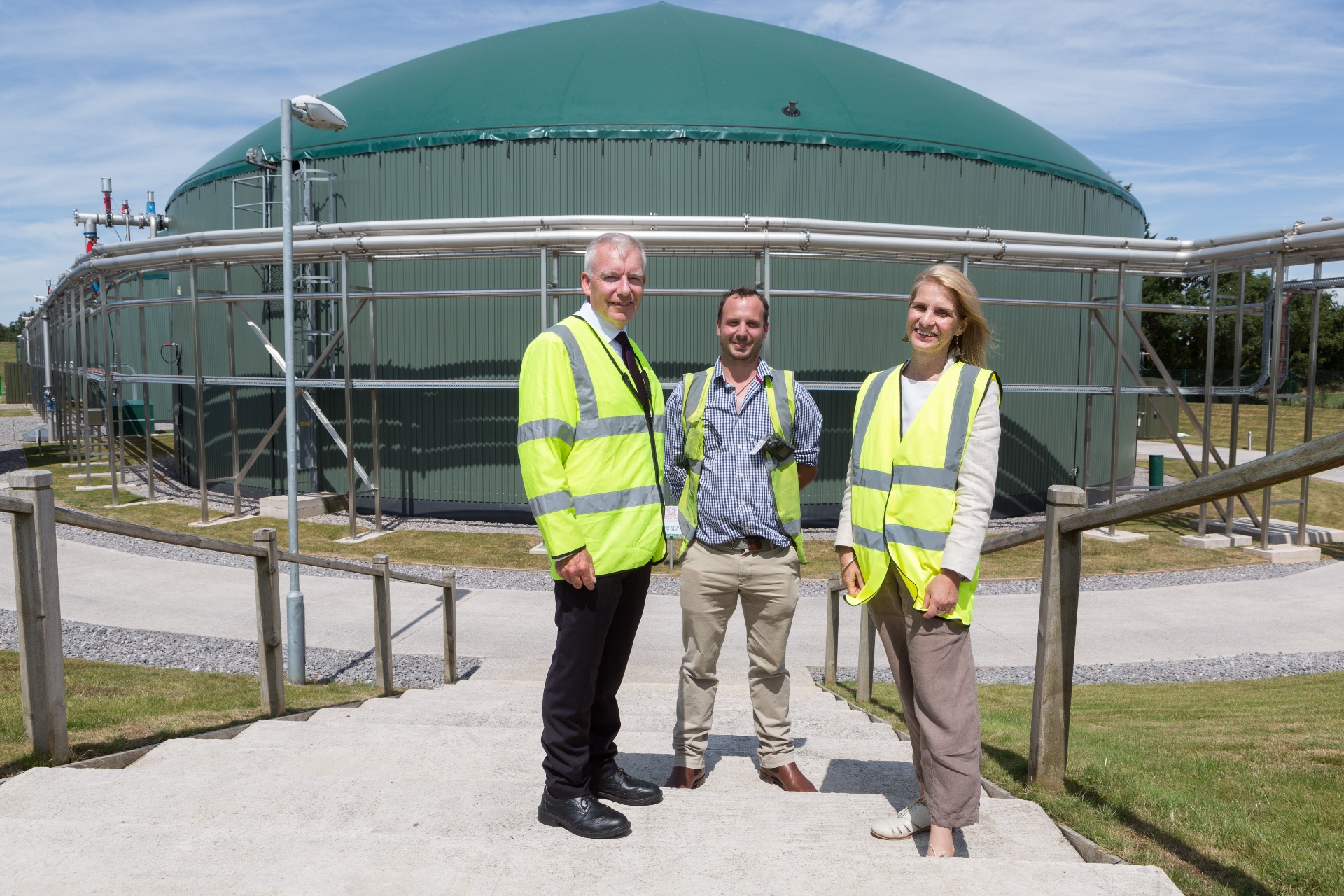 Bath MP, Wera Hobhouse, has visited the green gas plant at Wyke Farms to hear first-hand about the role biomethane is playing in the energy system.

The visit was hosted in partnership with Wales & West Utilities, the company who look after the pipes that transport green gas like biomethane across south west England.

Wyke Farms has been generating biomethane since 2015 from its own on-site anaerobic digesters. This converts 75,000 tonnes of biodegradable waste from its farm and neighbours into energy every year. The biomethane is then injected into the gas network to heat homes and power businesses.

Across Wales and south west England, Wales & West Utilities has already connected 19 green gas plants to the network, decarbonising the gas supply to over 120,000 homes and businesses.

On her visit Wera Hobhouse said:

“It was great to see how Wyke Farms is blazing a trail in sustainable farming, not only reducing the impact of agriculture on the environment but also helping decarbonise the energy system. Using agricultural by-products as a feedstock to generate green, carbon-neutral, gas is the circular economy in action and a great example of the sort of project we need to invest in to meet Net Zero by 2050.

“I was interested to hear from Wales & West Utilities on the wide range of work they are doing to prepare for the future. From upgrading the gas network, to industry leading research projects on the future energy system, it is reassuring to hear the focus on delivering energy that is sustainable, affordable and reliable.”

Ms Hobhouse was met by Wales & West Utilities Energy Strategy Director, Chris Clarke, who explained the role biomethane has in the energy system.

Chris said: “We’re delighted to be working with the team at Wykes Farm to inject green gas into the grid. Across Wales and south west England, the gas supply to over 120,000 homes has already been decarbonised through biomethane.

“In the future, green gases like hydrogen and biomethane, alongside smart hybrid heating systems, will support the decarbonisation of heat, power and transport by 2050.

“Through supporting renewable energy and decarbonising the gas grid we’re playing a key role, not only in heating homes and powering businesses today but delivering a Net Zero carbon future.”

Wales & West Utilities, the gas emergency and pipeline service that serves the south west of England and Wales, puts customers at the heart of the business and is rated the top utility company in the UK for customer service. If anyone smells gas, thinks they have a gas leak, or suspects carbon monoxide poisoning, they should call us on 0800 111 999 and our engineers will be there to help, day or night.

The company also has a multi-million pound, 30-year gas pipe investment programme which began in 2002. Old metal pipes within 30 metres of buildings are being upgraded to new long-lasting plastic pipes with a lifespan of more than 80 years, to make sure homes and businesses continue to receive a safe and reliable gas supply now and in the future.