Just before Christmas,  the Government published the long-awaited Energy White Paper – hot on the heels of the Climate Change Committee Sixth Carbon Budget. For those of us in the energy sector, it was the latest in a series of announcements setting out the Government’s and other bodies views on how the UK is going to heat and power communities in the future.

Over the last few years many of us in the energy sector have been urging for more clarity from Government about its views on decarbonisation and finally with the recent Ten Point Plan, the Sixth Carbon Budget, the Energy White Paper and a number of new heat strategies due early this year – we’ve got that in spades!

We welcome the Government’s and the Climate Change Committee’s direction on the end of fossil fuel boilers. At Wales & West Utilities, this is a policy change we’ve been discussing with Government for some time. Hydrogen ready boilers are almost at market and are already competitively priced.

Were Government to mandate it, from 2025, all new and replacement boilers fitted could be hydrogen ready. In large cities like Cardiff, and areas around heavy industry, like Swansea Bay, hydrogen is the solution to decarbonise not only home heating, but also industrial heat demand too.

But it is also clear that hydrogen may not reach everywhere. In smaller towns and cities like much of Wales and south west England, it may simply take too long, or not be cost effective to convert to hydrogen. An alternative is needed.

Over the last few weeks there’s been a lot of talk about heat pumps as that alternative. In the Prime Minister’s Ten Point Plan, the aspiration was for 600,000 installations a year by 2028. The principle of heat pumps is quite simple. Powered by electricity, they absorb heat from outside air and convert it into heat for buildings. In some homes, heat pumps could replace gas boilers and electrify heat. But they have significant drawbacks too – especially for retrofitting to homes (and 80% of the homes in the UK in 2050 are here already). Challenges include the disruption of fitting a new heating system – radiators included, the need for outside space and of course an increase in demand for the generation and transport of green electricity in the winter.

But as the independent Pathways Report showed, there is another way. Smart Hybrid Heating Systems take the best of air source heat pumps, their efficiency, and unite them with the best of a gas boiler – delivering winter warmth when renewables are in short supply. Controlled by built-in smart technology they automatically switch the heating system between gas and electricity; using the lowest cost and carbon energy source available. They use electricity when it comes from renewable energy and is available which in turn reduces gas demand throughout the year, allowing areas of the country where hydrogen is not viable to meet this lower gas demand through biomethane – a renewable gas.

Using smart hybrid systems and green gases to meet peak heat demand also addresses one of the things that has long been the elephant in the room on electrifying heat – how does the electricity network cope with the dramatic increase in demand that would result from full electrification of heat (to put that in some perspective – we’d need four times more electricity to be generated, transported and stored if electricity was to replace gas as the primary heating fuel in the UK), alongside increasing demand from electric vehicles? Smart Hybrid Heating Systems avoid the need for expensive and disruptive reinforcement of the electricity network, with the green gas boiler doing heavy lifting in the coldest part of the winter. They also avoid the disruption in homes too; and can plug into existing heating system and appliances, avoiding the need for customers to spend money on replacing them.

We’ve long been working on hybrids at Wales & West Utilities, and UKCCC have recognised their importance in previous reports. Working with partners our Freedom Project in Bridgend, south Wales, helped develop the evidence base informing decisions on smart hybrids, as well as customers views on the installation. Customers liked it but did have views on the size and scale of the air source heat pump component of the installation when it was installed outside of their home. Their feedback has led to our HyCompact project with UK Power Networks (UKPN), working with boiler manufacturers who have added the heat pump into the green gas boiler itself – an innovative new hybrid offering that addresses customers views on size while addressing the skills challenge – a smart hybrid system can be easily plumbed in by a Gas Safe Registered Engineer.

What Government announcements and the UKCCC make clear, is that 2021 is the year for action to address the carbon challenge.

For our part, through 2021 we’ll continue to work on smart hybrid systems whilst also pushing forward with a series of hydrogen projects. In Wales we’re committed to supporting the decarbonisation of industry via the South Wales Industrial Cluster and we’ve launched a new project in the South West of England - the “Hydrogen Riviera” investigating the opportunities for hydrogen to the more remote parts of our network in Devon and Cornwall.

While the technology is interesting, what makes a mosaic approach to decarbonising heat even more welcome is the impact on customers – or more accurately, the lack of.

If you’re in an area which will be converting to hydrogen, once you get hydrogen ready appliances, after Switch over day, you’d use them as you use them today, they’d just have a different fuel. This is a task that the gas industry delivered when it first switched from town gas to natural gas in the 1960s. With that success, and the ongoing delivery of the nationwide gas mains replacement programme since 2002, we’re confident that our industry can deliver a change of the scale necessary to the timeline required.

And if your home was to receive a smart hybrid heating system, then things would be just as simple as well. Unlike a heat pump alone, you wouldn’t need a new central heating system, and once equipment was fitted; all in one unit, then you too would continue to operate your appliances as usual
2021 is going to be a year of challenges for many: not least recovering from Coronavirus and adapting to the UK’s new place in the world. Responding to the climate emergency and decarbonising heat is a significant challenge too.

There’s lots of work to do, and it’s important that Government policy keeps all options for decarbonisation open and focuses on what energy customers want and need: reliable, affordable and green energy with as little disruption to homes and communities as possible. 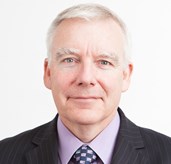